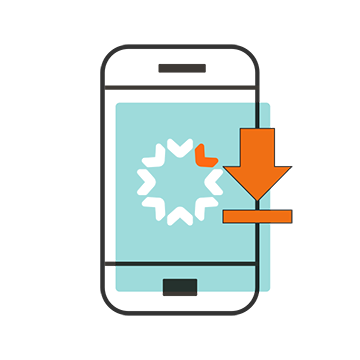 What data does Tala use to make loan decisions?

In order to provide loans to customers with limited or no financial records, Tala analyzes two categories of data: Android device data and behavioral data. Behavioral data refers to how a customer interacts with or moves through our app – for example, which pages they visit and how they arrive at those pages, or whether they read the terms and conditions. Device data examples include device type and ID, the year of the operating system, and the apps on the phone.

We select these data sources to validate a customer’s identity and to determine his or her loan eligibility. We only collect the data we need; we have in the past explicitly turned off collection of data classes that were not useful for underwriting and continually evaluate the necessity of collected data classes for such consideration.

We determine the weights of individual data points using state-of-the-art machine learning techniques, trained on historic user data. Once a customer has taken a loan with us, his/her repayment behavior is the most important factor for future lending decisions.

As a company, we consciously work to choose data signals that are as free from bias as possible. Our Statement on Data Ethics below provides more detail.

How do users elect to share their data with Tala?

Tala explicitly requests permissions from users to share their data. In current Android operating systems, every permission is individually granted using a standardized dialogue, and Tala includes clear additional explanations of what data we are requesting and how it will
be used.

Other than required by local law or in the ordinary course of our business and to provide loan products (such as to report to a national credit bureau), Tala does not share personally identifiable information about any individual with any third parties.

How does Tala protect user data?

All user data is maintained in databases that are secured by industry standard security techniques. Access to personally-identifiable information is limited to only those team members that require it for their job. Data is fully encrypted while in transit.

How is Tala’s approach different than traditional credit scoring?

Only 31% of the adult population worldwide is covered by a credit bureau. The lack of reliable data on underbanked populations unfairly excludes billions of deserving people from the financial system. Tala uses alternative data as a proxy for traditional financial data used in underwriting. We could not lend without it.

Each person is evaluated according to the same criteria in a fully automated method by our algorithms.  Factors such as gender, race, or other discriminatory factors do not impact the score as might be the case if a human were involved in making the lending decisions. We hear firsthand from customers that they are more comfortable being scored by a machine, since it means that the in-person biases of bank lending officials will not come into play. As an example, gender bias in lending is a well-researched phenomenon that excludes women from access to formal capital in many markets.

How does Tala avoid discriminatory practices and algorithmic bias?

Tala has a policy on data ethics that has been in place since we first began using alternative data in underwriting. For example, we have never factored gender into our decisioning, despite the fact that we have seen that gender correlates with repayment behavior. Our policy, which is continuously evolving, is below.

Tala is committed to fair lending practices that do not discriminate based on gender, race, ethnicity, religion, national origin, or sexual orientation. As such, we shall seek to follow guidelines that ensure that we do not build any features based on these data points and consider and mitigate if possible the implicit algorithmic bias that might arise with regards to these categories. As an example, in many instances gender (which we are legally required to record as part of the KYC process in most countries) correlates with credit performance and could easily be included in a credit decision. We, however, have explicitly excluded this feature. This statement covers initial policy guidance and continues to evolve.